I once knew a lady named Carol, and she collected cookbooks.

My mom was named Carol, as well, but this was a different woman. I’ll call her Carol W., because her last name started with W.

Anyways, between 2000 and 2004, I worked in a small B.Dalton bookstore at the mall, and it was pretty easy to get to know my regular customers by name, and a little bit about their lives.

Carol W. loved cookbooks, and would place a lot of special orders. I remember being a bit in awe, because she would order big, hardback, beautiful cookbooks, and they usually cost about $40.

I remember asking her about it one time, and she said how she loved to curl up in bed with a cookbook, and just look at it, that it was even better than reading a novel for her.

I remember thinking, at the time, “That is so WEIRD. I can’t imagine ever liking a cookbook as much as a novel.”

But now, many years later, I kind of get it. Since then, I’ve started collecting cookbooks, too. I don’t buy a whole lot of new ones, and I certainly would think once, twice, maybe even a dozen times before spending $40 on a cookbook. I’m more into used cookbooks, the ones which cost a few dollars.

But anyways. Carol W. usually came in with her mother, a frail, white-haired woman in a wheelchair. She was always done up. (Carol, not her mother.) Her hair was a pouf of jet black, dyed I’m sure, and she wore a lot of makeup. As in, dark-black, painted-on eyebrows, lots of pale foundation, and a thick layer of bright lipstick. She was not a thin woman, but she was always dressed nicely.

I never did find out if she had a husband or kids. If I had to guess, I’d think she no longer had a husband, and her kids had flown the coop long ago.

But I thought it was really nice she brought her mother into the store, even though it probably would have been much easier to leave her at home, what with the wheelchair and all…

Eventually, my store closed, and I didn’t get to see Carol W. any more. But once, just once, I ran into her in the rest room of the next bookstore I worked at. It was many years later.

She looked different, but I could still tell it was her. He hair wasn’t as poufy, and she wasn’t wearing so much makeup. I asked about her mother, and Carol W. said she’d passed away.

But I bet before she did, her mom enjoyed many wonderful meals, made with care by Carol W., from recipes in her stash of lovely cookbooks. 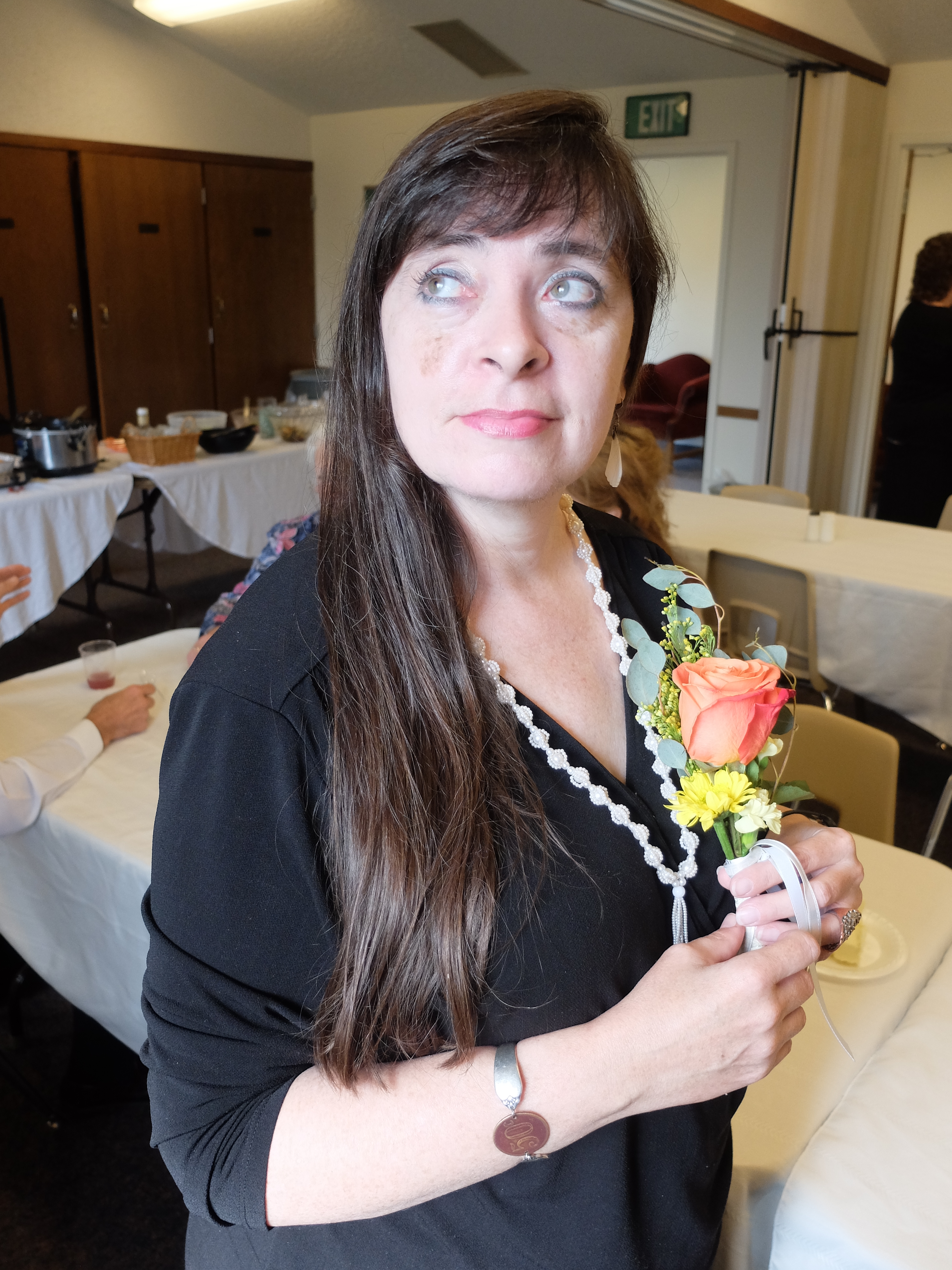